Most of us often find ourselves praying between the masjid, university prayers rooms or in our homes but on occasion, when we can’t find anywhere to pray, we find ourselves having to improvise and offer salah in places you often wouldn’t think to!

“The entire earth has been made a masjid except for the graveyard and the bathroom.” [Jami At-Tirmidhi 317]

Prayer can be performed almost anywhere so we wanted to find out the most interesting places you have prayed! Here’s what you had to say:

“It is a ‘wonder of the world’ as labelled by mankind. Despite this being a popular attraction for tourists, there are some immensely tranquil areas to be at one with your Lord and nature itself. It reminds you once again of the beauty Allah has surrounded us with, Subhanallah. It’s amazing how the closer you are to the ground, i.e. during prostration, the closer you are to Allah (in that moment at least).

“A huge mosque in Dhaka, Bangladesh. It seemed like such a plain and simple mosque and in it’s simplicity was it’s beauty.”

“It was very a spontaneous decision after we realised there were no prayer rooms inside, so we did Jamaat on the grass directly outside. It was interesting because it was the first time I learned not to care so much about others observing our worship.”

“[It was interesting] because EVERYONE there was in bikinis and sunbathing etc as you tend to expect on a beach.”

“It was Maghreb time so we just put our coats on the floor, outside the entrance, and prayed.”

“Not legit though because of the huge gap, so people see you making sajdah.”

“Luckily they don’t light them very well, so strange shadows when moving didn’t draw any attention.”

“Me and my mum usually go to the back of the plane where there’s space to stand up and put out a prayer mat and pray together. The air stewardess and stewards are always polite and considerate making sure everyone stays quiet and nobody interferes. But the feeling is just amazing to be so high up in the sky praying, especially because flying itself is scary and you want to pray and make dua until you land, but it feels like you’re closer to Allah up in the sky as you put your head down in sujood.”

“It was strange and interesting, because it was a wide open space, everyone walking by saw us! It made me proud to be a Muslim and represent my faith so openly Alhamdulillah. Although, I’m not going to lie, it was a bit nerve racking, but may God accept it. Ameen.”

“Top of a sandstone cliff with the skyline of the city way down below, surrounded by super tall trees. Really windy but such a freeing experience to be praying to Him whilst being surrounded by His creation.”

“We were on our way down from the summit and we needed to pray so we lay down a scarf to pray in Jammat. That was the first time I’d had to perform Tayammum (wudu using the earth when there isn’t any water). It was so quiet when we prayed Subhanallah. When we went into sujood and placed our foreheads in the snow, it was literally pin drop silence, it felt like it was just you and Allah. I wanted to stay in sujood for so much longer.”

“I was on holiday in France in 2013 with my mum and we visited the palace of Versailles for a day. It was around lunchtime and we had decided to grab a jacket potato from this little French stand in a square that was opposite the château du Petit Trianon. We needed to pray first but couldn’t find anywhere indoors, so we chose a patch of grass not far from the potato stand. The funny thing is, when we returned for a visit two years later, we prayed in that exact same spot! It holds sentimental value for me now.”

“I once found myself trying to find a place to pray whilst doing my sponsored silence. To cut the long story short, I ended up in the University Staff Room and that was an interesting experience to say the least.” 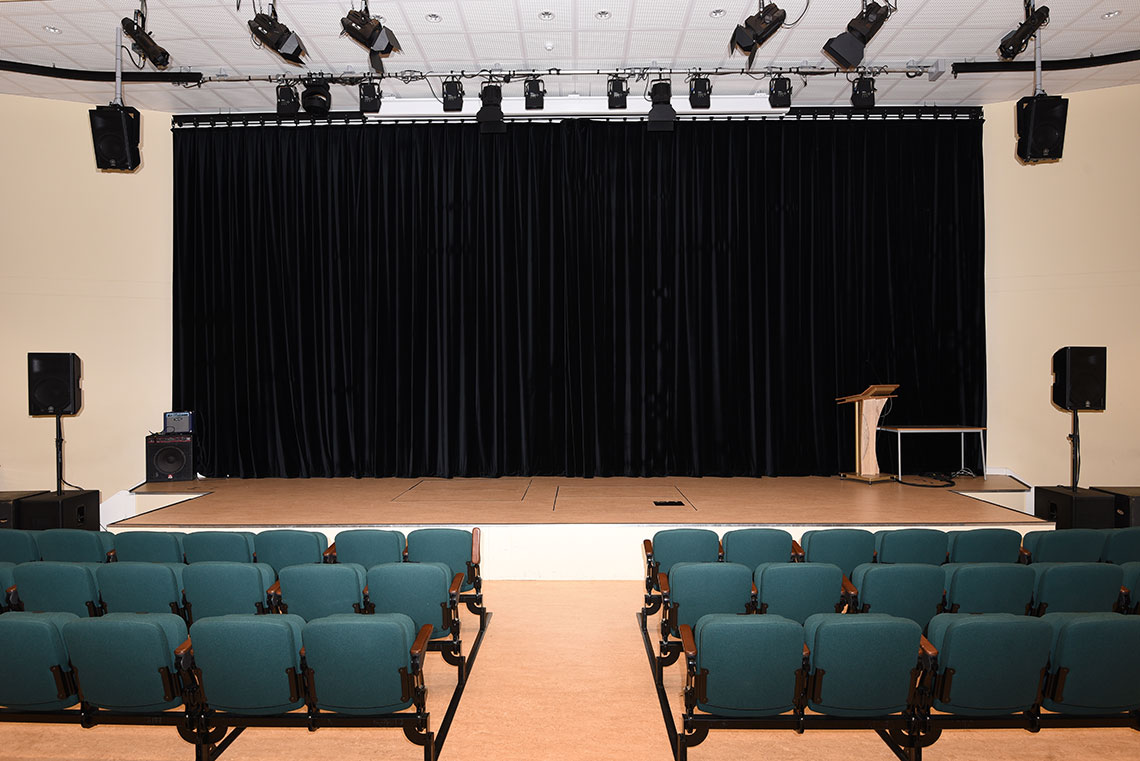 “In secondary school we used to pray on the assembly stage behind the curtains during lunch time. We used a back entrance directly onto the stage and it was hard to tell if there was an assembly/speech going on at the time, so sometimes we’d awkwardly walk into and back out of the stage in the middle of something.”

“Luckily it’s full of Arabs so if anyone had a problem with it during the prayer, they’d probably step in.”

“It was very dodgy, but there was nowhere else and time was running out so my friend and I just laid down our jackets and prayed there.”

“I prayed Maghrib on a volcano- near the top where the lava was. The view was breathtaking Subhanllah.”

Thank you for all your submissions! Do you have an interesting place you’ve prayed? Share it in the comments!